The ECED conference (Eastern and Central European Decommissioning) is focused on safe and efficient decommissioning of nuclear installations in Central and Eastern Europe. The conference is organized by the Slovak Nuclear Society (SNUS).

The Slovak Nuclear Society would like to invite you to attend the 4th International Conference – Eastern and Central European Decommissioning.
The conference will be held in Trnava, Slovakia from June 25th to 26th, 2019.

The conference covers wide range of aspects that accompany the process of nuclear decommissioning and offers a platform for experience exchange between its international attendees and speakers.

Management of materials and radioactive waste from decommissioning

The ECED conference is organised every two years by the Slovak Nuclear Society, having started in 2013. The Ministry of Economy of the Slovak Republic took the patronage of the conference and it was attended by leading domestic and foreign experts from renowned institutions, e.g. the International Atomic Energy Agency, Slovak Nuclear Regulatory Authority, National Nuclear Fund of the Slovak Republic, Slovak Nuclear and Decommissioning Company, and many others, like VUJE, AMEC, Westinghouse, The European Bank for Reconstruction and Development, Rosatom, as well as representatives of the academic community – Slovak University of Technology in Bratislava.

April 15, 2019
Submission of the extended abstracts

April 30, 2019
Notification of the contribution acceptance 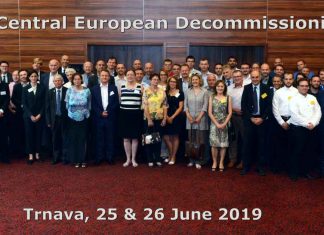 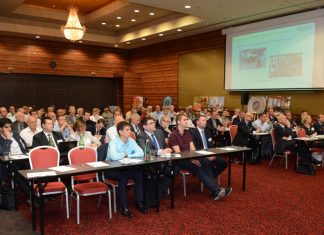 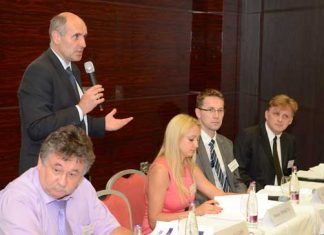 Billing information for the bank transfer

ECED 2019 will be held at the hotel Holiday Inn in Trnava which is located in the historical city centre of the Trnava city. The hotel is just a 5-minute walk to some of the most famous city landmarks – the Town Tower, the Trinity Square, St. John the Baptist Cathedral, St. Nicholas Basilica. You can find more information about the hotel at www.holidayinn-trnava.sk.

Trnava is one of the oldest cities in Slovakia. It is situated in western Slovakia only 50 km far from the capital city Bratislava. Because of the many churches within the city, Trnava has often been called “Little Rome”. You can find more information about the Trnava city at www.trnava.sk.

The Conference is organized under the auspices of the Ministry of Economy of the Slovak Republic.

The Conference is sponsored by the leading Slovak and international nuclear organizations:

Submission of the extended abstract

Template for the extended abstract is available here.

You can submit your extended abstract while filling out the registration form or additionally after you registered until April 15, 2019. Book of the extended abstracts will be provided for all the participants.

To submit the extended abstract additionally (if you did not already upload the abstract during your registration), please, use the form below.

We strongly encourage participants to contribute to the conference by submitting their abstracts related to the various aspects of the decommissioning or back-end challenges. Technical presentations for the conference will be selected from extended abstracts that will be submitted to the Programme Committee no later than April 15, 2019.

You can register for the Conference by filling out the registration form below until June 20th, 2019.