The country urgently needs to sort out its energy policy because it intends to shut down all coal-fired power stations by 2025 and they currently supply more than a fifth of Britain’s electricity consumption. It does not want to rely too much on its neighbours because it already has a 7% deficit of energy exports to imports. Renewables, including water, wind, wave energy and biomass currently supply 25%, which is expected to rise to 30% by 2020. Nuclear power supplies around a fifth of the country’s energy needs but several older units are scheduled for decommissioning before 2025.

It is therefore necessary to build new nuclear plants to secure energy supplies in the country while achieving reductions in greenhouse gas emissions and the plants could be a stimulus for other European countries where decisions on new capacity have been dragging on for years.

Hinkley Point is not a new nuclear location: there are two old Magnox units in the process of decommissioning (post-operation disassembly) and two AGCRs with an output approximately equal to the Mochovce units. The latest additions will be French EPRs with an installed capacity of 1,600 MW, which should supply up to 7% of Britain’s electricity needs.

Respect for the Environment

The building site with an area of 1 x 2 km swarms with heavy equipment and workers. There are currently 2,400 workers on site. The excavation of the foundations involved miners from as far away as Scotland and excavators with 15-cubic-metre buckets. Around 5 million cubic metres of earth have been excavated in total, which would be enough to fill Wembley Stadium 5 times over.

This earth is carefully separated – rubble is used as backfill, and the rest will be made into a hill that should in future become a nature reserve. The investor has planted 30,000 trees around the site’s perimeter fence and taken measures protect wildlife such as bats and reptiles native to the site.

Because the power plant site is on a bay that has the second highest difference between high and low tides in the world (sometimes as much as 12 metres), it was necessary to build a 700-metre temporary embankment and the longest pier in Britain, where ships will dock to deliver all the plant components, including the reactor vessel.

It is a very difficult construction project requiring 3 million tonnes of concrete and is expected to create 25,000 jobs. The investor EdF has said that the planning and coordination of contractors from multiple infrastructure projects was helped by the experience of building the large sports complexes for the 2012 London Olympics. According to the current timetable, the plants should generate their first electricity in 2025 or 2026.

NOTE: Originally, I wrote this article for Energia pre krajinu, the house organ of Slovenské elektrárne, where I am responsible for nuclear communication. 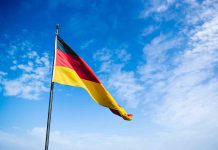