Climatologist Jozef Pecho of the Slovak Hydrometeorological Institute explains whether humankind is behind global warming and how much time we have left to stop it.

What is the difference between climate change and global warming?

Climate change means very complex changes across the entire earth’s climate system, which is happening due to the rapid increase in global temperature over the past 60 years or so. The term “global warming” means only the process of temperature increase in the atmosphere and other planet geospheres (primarily the oceans and earth’s surface). In this, the term “global warming” differs from “climate change”.

May humankind be behind global warming?

Were there not human activities, meaning in particular the burning of coal and oil, or deforestation, climate change would not be happening in this global scale. The Industrial Revolution meant great progress, yet it has also brought many negative consequences. If the rate of fossil fuel use continues to accelerate, it is quite possible that by mid century we will have reached a state where we have twice the amount of carbon dioxide in the atmosphere as 250 years ago.

Climate change means very complex changes across the entire earth’s climate system, which is happening due to the rapid increase in global temperature.

Is it still possible to reverse global warming?

One of the conclusions from the IPCC (Intergovernmental Panel on Climate Change) report is the claim that humanity has approximately one decade to resolve the main causes – meaning high anthropogenic greenhouse gas emissions. If we fail to do this in the coming decade, there will be a significant growth in the probability that there will be runaway global warming that we will have a problem to adapt to and the scale of mostly negative consequences will be quite literally unimaginable.

Which power generation sources do you recommend be used?

Firstly, it is important to significantly reduce those energy sources (and thereby also heat), whose operation is connected with high greenhouse gas emissions. This means primarily sources based on coal, combustion of oil (and its derivatives) and natural gas, or, to a lesser degree, also biomass. An important role in this transformation to low-carbon sources, primarily electricity sources, should be played by nuclear power.

Were there not human activities, meaning in particular the burning of coal and oil, or deforestation, climate change would not be happening in this global scale.

How to be environmentally friendly every day?

In our personal life, it is necessary, primarily, to think about one’s own, personal “environmental” or “carbon” footprint, and to try to minimise it within our possibilities. To cut not just primary energy consumption, but also to reduce the consumption of goods (and thereby also reduce waste production) and services. Consider really very seriously, whether you really need new things (potential purchases), or whether that plane journey is really necessary for me.

The article was originally published in Slovak in magazine Energia pre krajinu (5/2018) (its publisher is Slovenské elektrárne, a.s. ) 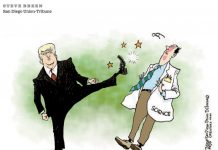 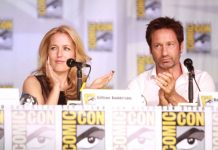