Last autumn saw much discussion of the United Nations Intergovernmental Panel on Climate Change Report, in which the world’s leading experts drew attention to the fact that we have only 10 years if we want to keep global warming to below 1.5°C. An increase in the temperature by a further half degree may significantly increase the risk of floods, drought, or poverty for hundreds of millions of people.

The authors of this major report stated that in order for our Earth not to warm by more than 1.5° C, urgent changes must be made in order to meet the Paris agreement of 2015.

Limiting global warming to 1.5° C will require “far-reaching and unprecedented changes”, such as removing coal from power production, in order to reduce carbon emissions.

The report outlines various scenarios for how our planet can be supplied with power in the future. It reckons in particular with electricity production sources that do not produce carbon dioxide emissions, with such sources including nuclear power. The report states that for most scenarios up to 1.5°C, most primary energy by mid-century, will come from non-fossil fuels, essentially meaning renewables and nuclear.

“It’s a line in the sand and what it says to our species is that this is the moment and we must act now,” said Debra Roberts, co-chair of the cochair of a working group on the impacts of climate change. “This is the largest clarion bell from the science community and I hope it mobilises people and dents the mood of complacency.” The IPCC maps four ways to achieve 1.5°C with various combinations of land-use and technological changes. Reforestation is essential for all of them, as is transitioning to electric transport systems and greater use of carbon capture technologies.

The IPCC, the United Nations’ top climate change panel, issued the report from Incheon, South Korea, where hundreds of scientists and government representatives presented more than 6000 scientific reports, outlining a picture of what may happen to the planet and its inhabitants in the case of global warming by 1.5°C.

It’s a line in the sand and what it says to our species is that this is the moment and we must act now.

“One of the key messages that comes out very strongly from this report is that we are already seeing the consequences of 1°C of global warming through more extreme weather, rising sea levels and diminishing Arctic sea ice,” said Panmao Zhai, co-chair of one of the IPCC working groups. The central aim of the Paris Agreement, adopted by 195 countries in December 2015, is to strengthen the global response to the threat of climate change by “keeping the global temperature rise this century below 2°C above preindustrial levels and to pursue efforts to limit the temperature increase even further to 1.5°C”.

UN Secretary General Antonio Guterres said shortly after the release of the report that it is not impossible to limit global warming to 1.5°C, but it will require unprecedented and collective climate action in all areas. “We do not have time to pay”, he said on social media.

Many scenarios in the IPCC report predict an increase in nuclear use through existing advanced nuclear technologies, or new options such as third and fourth generation reactors, fast breeder reactors, new uranium and thorium fuel cycles, small reactors, or nuclear cogeneration. The report, however, states that the current pace of nuclear energy development is limited by its acceptance in society in many countries, due to fears from possible accidents and the management of radioactive waste. In the case of nuclear power generation, the health risks per unit of energy are low, and land requirements are much lower than in the case of other energy sources, but society’s concerns are a problem.

Differences in perceptions explain why in 2011 the Fukushima Daiichi disaster led to a confirmation or acceleration in the progressive decommissioning of nuclear power in five countries, while another 30 countries continued in nuclear power use, 13 of which will build new nuclear capacities, including China, India, Russia and Great Britain.

We are at a crossroads, say leading climatologists, the authors of the latest IPCC report.

Nuclear power spending in some developed countries has increased over time, particularly due to market conditions, in which capital investment costs of high-cost technologies have risen. Countries with liberalised markets that are continuing to develop nuclear power generation are using risk mitigation tools, such as term contracts with guaranteed sale prices. For example, Britain is working with public guarantees covering a portion of initial investment costs for new reactors.

This differs from countries such as China and South Korea, where monopoly conditions in the electricity system make it possible to reduce investment costs, exploit knock-on effects, and improve engineering capacities through stable relationships. By 2050 we must achieve zero CO2 emissions, halving them by 2030. This is the report’s most important message. 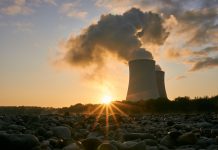 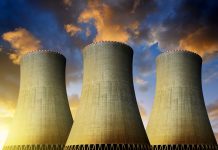 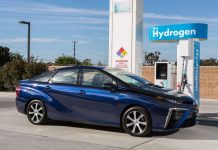